The store will not work correctly in the case when cookies are disabled.
Menu
Account
Free shipping over €50 (NL)
Free returns
Order before 11pm*, next day delivery

Article 2 - Identity of the trader

Article 10 - Precluding the right of withdrawal

The following definitions apply in these terms and conditions:

Article 2 - Identity of the trader

Should the activity of the trader be subject to a relevant licensing system: the data of the supervising authority.

Should the trader practice a regulated profession:

- the professional association or organization with which he is affiliated;

- the professional title, the town/city in the EU or EEA where this was granted;

a. the office address of the trader’s business location where the consumer can lodge complaints;

d. the price, including all taxes on the product, service or digital content; the costs of delivery insofar as applicable, and the method of payment, delivery or implementing the distance contract;

e. the requirements for terminating the contract, if the duration of the contract exceeds one year or if it is indefinite;

Upon delivery of products

designated by the consumer, received the last product. The trader may refuse a single order for several products with different delivery dates, provided he clearly informed the consumer of this prior to the ordering process.

Upon delivery of services and digital content that is not supplied on a material medium:

Extended withdrawal period for products, services and digital content that is not supplied on a material medium in the event a consumer was not informed about the right of withdrawal:

Article 9 - Traders’ obligations in a case of withdrawal

Article 10 - Precluding the right of withdrawal

The trader can preclude the right of withdrawal for the following products and services, but only if the trader stated this clearly when making the offer, or at least in good time prior to conclusion of the contract:

- terminate them at all times and not be limited to termination at a specific time or during a specific period;

- terminate them in the same way as that in which they were concluded;

- always terminate them subject to the same period of notice as that stipulated for the trader.

The complaint is then sent both to the trader concerned and Thuiswinkel.org.

Additional stipulations or stipulations that differ from these general terms and conditions, may not be detrimental to the consumer and should be recorded in writing, or in such a way that consumers can store them in a readily accessible manner on a durable medium.

Sign up for the KNVB newsletter and receive relevant football news and promotions regarding ticket sales and merchandise. 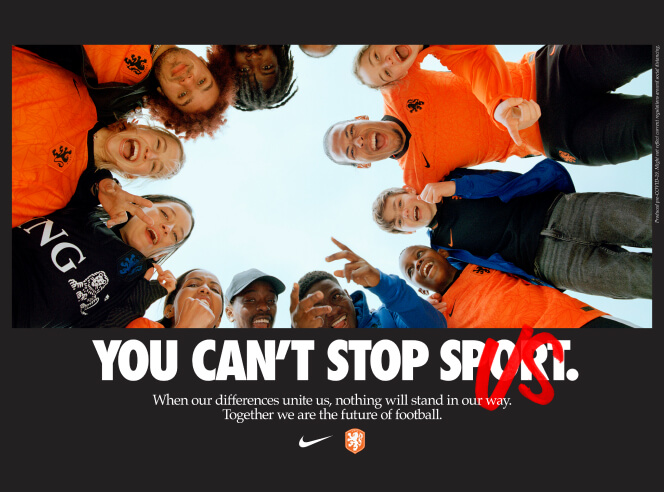 Got a question?
check the customer service page
Contact us by mail
answer within 24h
Check the FAQ's
to get a quick answer
© Copyright KNVB 2022 Badge Direct BV, Woerden